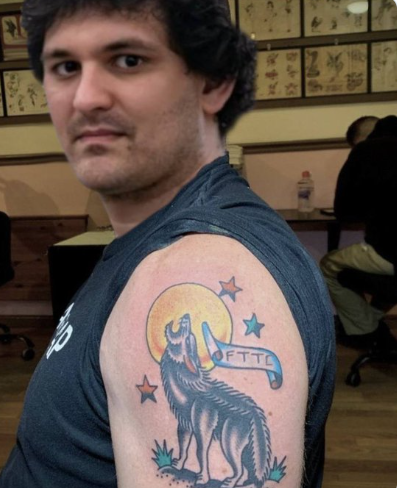 It was an unexpected twist in the feud of 2 of the largest crypto exchanges. How did we get here and what happens now?

In a tweet on Sunday, CZ mentioned selling some of his $FTT holdings as part of standard ‘risk management’. Binance came into possession of FTX’s token when they exited their position from being an initial investor in FTX.

However, underlying this tweet is a week of rumors that FTX and SBF’s asset trading firm, Alameda Research, were facing a liquidity crunch. A Nov 2nd Coindesk report stated that much of Alameda’s assets were $FTT tokens. With SBF at the head of both companies, it appeared as if the books were being inflated.

Additionally, there had been massive outflows from the FTX exchange. And speculation was that Alameda and FTX were trading the $FTT token back and forth to create the appearance of demand to keep prices up to plug the balance sheet.

After a nearly $600 million transfer of $FTT from an unknown wallet to Binance was flagged, CZ confirmed it was Binance exiting part of its position. In his tweet replies CZ implied that Binance’s selling of $FTT was to apply the lessons learned from the Luna catastrophe. To which some interpreted to imply FTX was facing a blow-up.

Luna/Terra defaulted earlier this year leading to ripple effects across the industry. Three Arrow Capital (3AC) crypto fund, Voyager, and Celsius all went bankrupt. And Luna’s CEO Do Kwon is on the run with an interpol red notice out for his arrest. Quite an implication to make.

SBF, fresh off his ill-received paper on more regulation of the crypto industry, responded to ‘unfounded rumors’ and assured everyone that everything was fine.

In now deleted tweets (thanks lawyers), SBF said “FTX is fine. Assets are fine.” And “FTX has enough to cover all client holdings,” also “We don’t invest in client assets (even in Treasurys). We have been processing all withdrawals, and will continue to be.”

There wasn’t much time between SBF’s reassurances and $FTT starting to trade down. After it was clear that over a billion dollars was withdrawn from FTX, the token was down massively.

The lowered $FTT price would have an impact on Alameda’s finances as much of its assets were in the FTX token. Additionally, there were calls for FTX and Alameda to completely sever ties and create 2 separate and walled off entities. If Alameda was trading in a way that impacted either FTX or FTX’s customer confidence, it would be a bigger cost to keep it than let FTX be on its own.

However, all the plans for fixes to FTX were fairly short lived, as Binance announce an intent to purchase FTX.

In a surprising twist, CZ announced on twitter that Binance had reached a decision to enter into a non-binding LOI (letter of intent) to purchase FTX. The decision is based on the results of a full due-diligence investigation over the coming days.

CZ notes that Binance has full discretion to pull out of the deal at any time. Binance is the world’s largest crypto exchange, valued over $300 billion vs FTX which got a $32 billion valuation in a Series C round of funding at the beginning of the year.

In his letter to shareholders, SBF ensured everyone would be able to withdraw their assets and that is part of the reason him and CZ decided to ‘team up’.

It is expected that this very public and big blow-up will only further lead to calls of regulation of the crypto industry. Spokesperson of the Commodity Futures Trading Commission (CFTC) confirmed US regulators were monitoring the FTX situation.

Additionally, there is trepidation about contagion risk if Alameda and/or FTX do blow up. When protocols and firms are making loans and locking tokens into illiquid protocols for yield, it can cause a negative flywheel.

The first order relationships were all down today with the broader crypto market being down as well as the SBF-tied Robinhood stock and Coinbase stock also being down double digits.

If CZ decides to walk away from the acquisition after his due diligence, it could be painful for the entire industry. There is ample speculation that, if the rumors of the self-dealing between Alameda and FTX are true, that CZ wouldn’t want to step in. Until then, we wait.