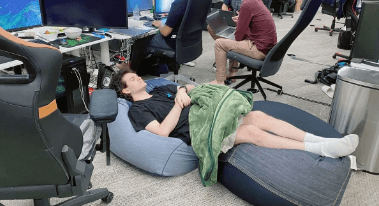 The billionaire FTX CEO Sam Bankman-Fried (SBF) released a report detailing his vision for the future of crypto regulation. The response to the proposal has been significantly negative with many crypto leaders claiming it would remove the USA out of crypto and set the entire industry back to traditional finance. What did SBF propose and why is the response to negative?

In a document published on October 19, 2022, SBF proposed his ‘Possible Digital Asset Industry Standards‘ in a post on the FTX policy site. Bankman-Fried also tweeted out a summary of his proposal

The proposal reads like a very traditional finance regulatory structure and includes industry blocks on sanctioned addresses, how to handle hacks, and even a suitability test similar to being an accredited investor.

For many in the crypto industry who view it as the future and an alternative to traditional finance (TradFi), this proposal is sacrilegious.

Who Is Sam Bankman-Fried?

Sam Bankman-Fried (SBF) is the billionaire founder & CEO of FTX, a cryptocurrency exchange. He also manages assets through the large and influential Alameda Research quantitative crypto trading firm. FTX has been a leader in the space, including being the first crypto entity to partner with a major sports franchise.

SBF is one of the richest, public crypto leaders at an estimated net worth of $10.5 billion. He has been quick to use his wealth to influence the industry.

However, like all crypto leaders SBF doesn’t come with his own controversy. It has long been speculated that SBF manipulates coins on the spot and derivatives on FTX to make money at the expense of retail. This is often done in concert with early investor/founder tokens he was given through Alameda’s investing.

A lot of the criticism of SBF’s proposal stems from the fact that he has allegedly made a lot of money through these less than ethical actions.

The Digital Asset Industry Standards has a long list of topics. His proposal covers the following:

Some of the responses and pushback to SBF’s proposal are around the high amount of regulation and type of regulation required. Specifically,

There was also a large general outcry by people calling SBF a sell-out who doesn’t care about crypto and only sees it as a way to make himself richer.

It is yet to be seen how this proposal and any other standards and regulations evolve. SBF laid out a plan, but the response from leading voices in the crypto space has been less than supportive.

Crypto and DeFi continues to grow and adapt. Making these types of changes now may stifle innovation. And any US-based regulation runs the risk of having the huge industry move off shore.