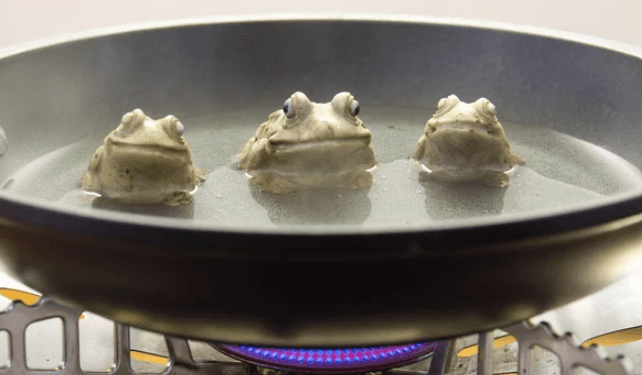 News moves fast in crypto. Dani Sesta was liquidated in his own protocol yesterday. This sent $wMEMO, the token of Wonderland.Money, into a freefall. Crypto Twitter rumors swirled that Dani purposely allowed himself to be liquidated to have plausible deniability while rugging $TIME. (seriously, read the previous article).

Another theory going around is that the liquidation of Dani was driven by a whale hunting for a chance to cause a liquidation cascade. This whale may potentially be one angry at Dani. The price action of $wMEMO today with huge price wicks up and down is indicative of a whale fight.

Additionally, Dani & Sifu had previously announced that Wonderland would buy back $wMEMO below the backing price. This announcement, combined with Dani & Sifu publicly showing their liquidation price, encouraged many holders to also take out loans. The users assumed keeping liquidation prices below backing & the founders would be safe. These users also got liquidated yesterday leading to separate complaint for these $wMEMO holders.

This morning, Dani posted that the ‘buy back bot’ ran out of money. He also claimed the liquidations were caused by whales nuking the price to buy back cheaper. The whales know there is a buyback in place and if they can buy below treasury, they can arbitrage the buy back.

What has transpired today?

Two proposals have been put out to frog nation today.

Proposal to Merge Wonderland and Abracadabra

The first proposal is to merge wonderland and abracadabra. Depending on your view, this will make “the most powerful entity in DeFi” or is “bailing out $TIME with $SPELL”.

The attached medium article says that Wonderland’s $800mm+ treasury would move over to abracadabra. $SPELL and $sSPELL holders would keep their governance control over cauldrons, $MIM replenishments, and the new $800mm treasury. The document is sparse on details and numbers but claims this would be accretive to everyone.

Additionally, upon the merge, spell’s emissions would go to 0.

In the ask-me-anything (Twitter AMA today) Dani discussed taking the 98Billion $SPELL available to buy all the $wMEMO. This 98B is made up of 80B in the Treasury and 18B from Dani & Merlin.

For users who don’t like the merger, they will have the option to ‘rage sell’ their token back to the treasury at the backing value. This seems fair and would allow $wMEMO holders who purchased for the APY to get some value above the current price.

However, this lead to a separate discussion around Wonderlands Treasury Value.

What is the Real Wonderland Treasury Value?

One important outstanding question is, ‘what is the actual treasury value’? Many users have questioned if the $800million value quoted will align with the actual value from a future audit.

Secondly, Wonderland’s other holdings are largely exposed to $wETH and $AVAX. This isn’t a stable coin treasury like some OHM-forks.

Therefore, the question remains, has the Treasury been updated for the most recent price changes?

These holders largely got wiped out in the liquidation cascade.

In the Wonderland forum, it was announced that those who got liquidated will be made whole. This would not include Dani & Sifu who would take the loss. The payout to liquidated users would come from the Treasury. The proposal lead to a lot of infighting because that would dilute the backing value for everyone who didn’t get liquidated.

This issue is still an open one being discussed.

Zeus, the creator of the original ponzi Olympus, weighed in on twitter around the buy back strategy.

Zeus’ position is that trying to prop up the price of the token near backing value leads to destruction of your treasury. Olympus will buy back tokens, but in a controlled way that rewards HODL’ers over time.

The further below Treasury value the protocal can purchase the token, the more profit that will accrue to HODL’ers. For example, buying $1 for $0.50 is always better than buying $1 for $0.99. Over the long-term, both buy backs should return price to treasury value. However, buying back tokens cheaper will lead to a higher treasury value but may take longer to reach backing value.

Dani had a Twitter spaces ask-me-anything to answer questions from Frog Nation. Below are some notes from the AMA that weren’t already discussed in the post:

The Future of Frog Nation

The proposal for the merger is being presented to both the Wonderland & Abracadabra communities for vote. Dani promised an audit of the Wonderland treasury will be provided before voting on the proposals close. However, so far the details provided are sparse so there is much speculation on what the value is of a merger.

Only $TIME will tell if Fog Nation is able to come together or if the user base of a 80,000%+ APY rebase ponzi and a governance token for a lending platform are too different to merge.