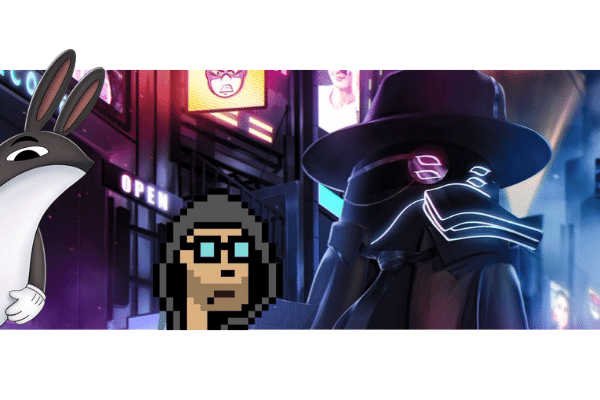 For better or worse, the cryptocurrency community lives on Twitter. The bird app remains the best place to find alpha, hear about hacks, and get a sense of the community gestalt.  Below are the 15 best Crypto Twitter accounts that are a must follow.

There are some incredibly high-value follows that have a long history of ethical behavior and providing quality information. Unfortunately, the space is also rife with grifters, scammers, and other unsavory types. To help you navigate, we’ve compiled a list of the best crypto twitter accounts to follow!

Finally, while not a judging criteria, the best accounts also tend to have excellent memes. Let’s be honest, that’s part of the fun of Crypto Twitter.

The killer whale himself. Tetranode is probably the single best bang-for-your-buck follow to encapsulate crypto twitter. Tetranode is a fiercely anonymous, enormously wealthy whale that made his fortune by investing massively in Ethereum since the early days. He serves as advisor to a range of successful DeFi protocols, specializing in tokenomics.

Tetranode tweets about… whatever suits his fancy, basically. His feed is an excellent way to find skilled DeFi founders, security researchers, and meme artists. You can also get a valuable look at what protocols are going to be important to whales, which drives much of the adoption narrative.

The anonymous founders of the WallStreetPlayboys brand pivoted over the years into decentralization and crypto, culminating in April 2021. The old WallStreetPlayboys site was shut down, and in its place rose the BowTiedBull brand. The anon(s) behind BTB also launched the BowTiedJungle initiative, an attempt to create a community of successful, anonymous individuals.

BowTiedBull remains one of the most accurate sources of macro-economic trend prediction on the internet. This alone is reason enough to put them on your follow list. They also tweet blunt, practical takes on wealth creation, generating online income, and what to do after you make it.

Without any hyperbole, this account mints millionaires. BTB also advises Synapse Protocol and is part of the JPEG’d protocol team.

ZachXBT is a relentless detective of crypto fraud, exposing scammers, grifters, and rugpull artists. He’s covered some of the hottest stories in crypto, including breaking the exposure of Wonderland CFO 0xSifu as a convicted conman.

Zach’s thread of threads is required reading to identify known untrustworthy characters on crypto twitter. He has a reputation for accuracy, and has not made any accusations without significant proof backing them. He commands deep respect from trusted figures, and is followed by many important accounts.

You are insufficiently bullish. 6529 is an anonymous NFT whale, named after his profile picture, Cryptopunk #6259. In addition to being a prolific collector and curator of NFT art, 6529 is an important leader in the NFT space. His threads are lengthy but thought-provoking. His art galleries are immaculate.

6529’s tweets display a core cypherpunk, sovereign individual thesis. This anon strongly believes in crypto’s ability to make a freer, more decentralized world – but remains aware of the dangers along the way. A recommended follow for thinking about the big picture of what cryptocurrency technology means for the human experience.

CryptoCobain, AKA Cobie, is a central cultural figure for crypto Twitter. An OG in the crypto space, Cobie also cohosts the popular crypto podcast UpOnly. Cobie gained immense wealth as an early crypto investor and trader, and uses that wealth for fun and chaos. His antics include raiding Twitch streams with his followers and giving away ETH to creators, or releasing fragments of seed phrases to funded wallets on his Twitter feed.

Cobie’s feed is a mix of amicable shitposting and sharp insight. The long-form content on his substack is also very good, and provides a glimpse into the mindset required to succeed at high levels of trading and investing.

CryptoCondom is an educational account run by an anonymous user. They dish up lots of original research, and have been particularly active in covering the Curve Wars and Convex Wars. The feed also aggregates a lot of excellent posts by other users, and is a great way to find other quality accounts.

Rekt News styles itself as the intellectual dark web of DeFi. Anonymous authors produce high-quality, engagingly-written writeups, primarily on hacks and exploits. They also maintain the Rekt Leaderboard, a wall of shame for the highest-profile exploits of DeFi protocols. Rekt doesn’t tweet much, but it is usually worth a read when they do. They consistently produce some of the best hack coverage overviews around.

One note of caution: since Rekt is a collection of anonymous authors who do not even use pseudonyms, opinion pieces should be taken with some salt. Rekt has one black mark against it for a controversial article accusing Andre Cronje and the Polygon team of malfeasance, which was soon retracted after its major claims were debunked.

The publication has historically demonstrated a slight bias against Yearn Finance and its founders (inc. Cronje) in other articles.

TzTokChad is a developer, and founder of decentralized options platform Dopex. This anonymous user is a cultural centerpiece of crypto twitter, and forms part of the “Frogs and Orca” whale triumvirate along with DeFiFrog and Tetranode.

In addition to the requisite shitposting, TzTokChad also drops a good bit of alpha on his feed. Particularly with respect to Dopex and its aligned projects, including Jones DAO. His retweets are a good mix of cryptoeconomics, Dopex ecosystem information, and technical topics.

BowTiedIguana is part of the DeFi Education team, in charge of cybersecurity and maths. Iguana produces some of the most detailed, actionable content on the internet on how to stay safe while using crypto. The anon is also a technical contributor for JPEG’D.

Iguana has posted detailed walkthroughs of how to use virtual machines, set up signing systems, and roll your own VPN provider. His feed also includes coverage of important issues like regulation. Overall, an important follow for staying out of trouble – from both criminals and the law.

Bert Miller is a leading member of the Flashbots organization. Flashbots is dedicated to decentralizing and democratizing Miner-Extractable Value (MEV), a growing issue on smart contract chains. They operate a protocol which offers MEV as a service, allowing non-miner users to access MEV profits.

Bert covers notable MEV activity and technical developments in the field, making his feed a great way to stay informed about the state of the art. Knowing what MEV technology is currently capable of is key to protecting yourself from its adverse effects. He’s also passionate about the ethics and accessibility of MEV as part of the crypto-economic ecosystem.

If you’re going to be in the crypto space, you probably want to follow the man who much of it happen. Vitalik Buterin is one of the co-founders of Ethereum, and the de-facto leader of the community. His words carry an immense amount of weight, and for good reason.

Vitalik’s tweets are thoughtful and measured, and he often makes long-form posts on his blog. These posts have a wealth of information about the philosophical reasons for Ethereum, the technical constraints on the blockchain, and what the future of the technology may look like.

Banteg is a core developer at Yearn Finance. The anonymous cartoon bunny is one of the most senior and respected developers in the industry. His account has a wealth of technical information and cybersecurity content, and is a great place to find other technical leaders to follow.

Along with his technical content and musings on DAO operations, Banteg is also notorious for hornyposting on main. His feed should be considered NSFW, so be warned!

DegenSpartan is a crypto trader whale, famous for holding a large portion of his tokens as stablecoins. He is a culturally significant – and prolific – shitposter. His feed may look like jokes most of the time, but reading between the lines can yield a surprising amount of good information. Watch out, though! That nugget of info you think you found might just be psyops. Take everything with a tablespoon of salt.

CurveCap is a prolific DeFi researcher and tweet aggregator. As the name suggests, they specialize in coverage of the broad Curve ecosystem, but tweet about other interesting subjects as well.

This account is an excellent place to find other interesting follows, as this anon retweets a wide array of accounts who are not Curve specific. If you have any interest in the Curve wars, Convex wars, or anything else related, this is the place to go.

DeFifrog (previously known as DeFiGod) is a crypto whale and protocol builder. He is heavily involved with JPEG’d, an NFT lending platform on Ethereum.

DeFifrog is famous for his arcane style of shitposting. Similar to DegenSpartan, there are gold nuggets in the feed, although you have to work for them. Derivatives of the Joker pepe he uses as his avatar are rampant across crypto twitter, which is indicative of his cultural reach.

Just because an account didn’t make the best-of list doesn’t mean they aren’t worth following! The accounts listed here are worth the follow on their own merit, but also serve as great jumping-off points to find other accounts you like. Dive in and create your own feed.

One notable observation: most of these accounts are anonymous. Good ideas and quality people thrive in crypto twitter. No one cares about your background, or your age, or your inherent characteristics. You can watch someone with a Pepe profile picture carry on a conversation with a PhD. Anonymous cartoon animals are helping run multi-million dollar protocols.