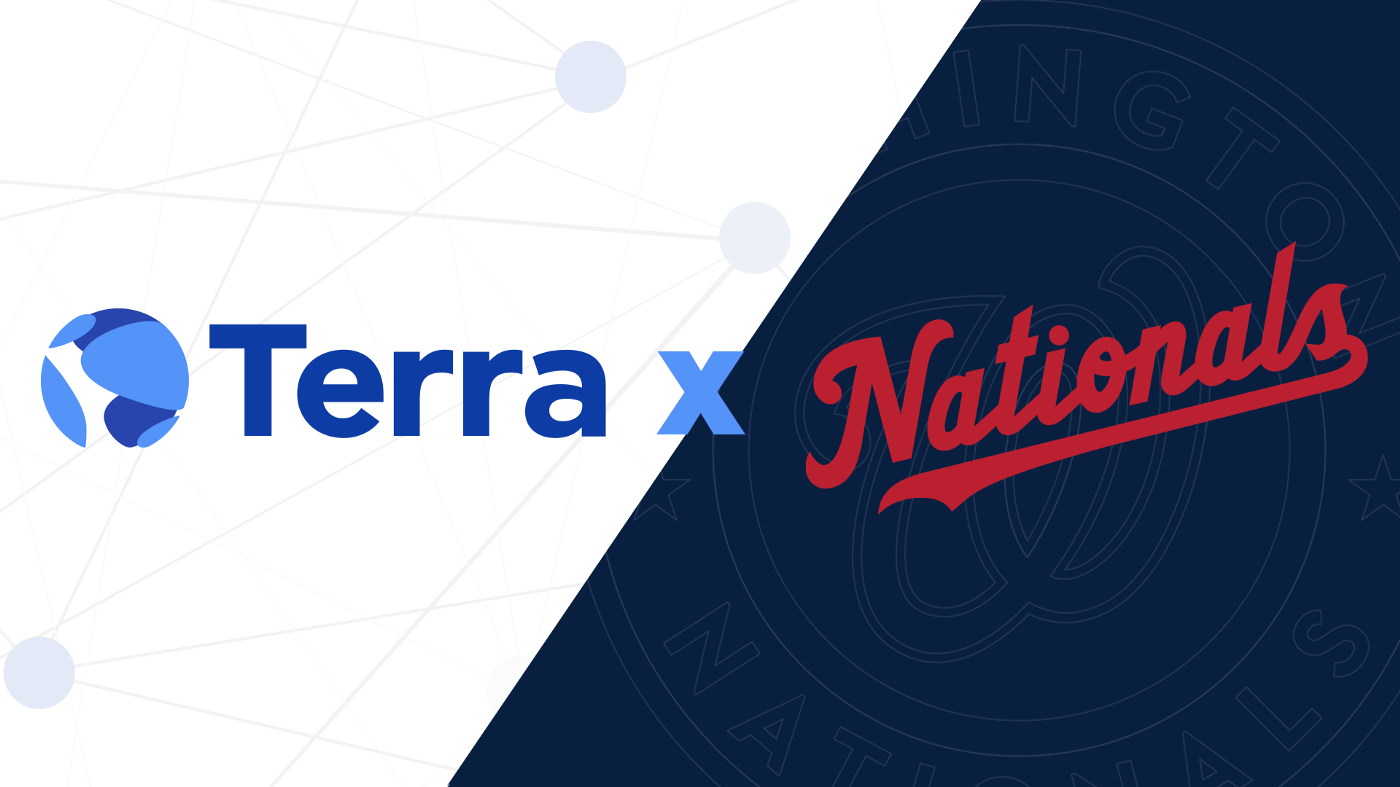 A big announcement recently was the Washington Nationals (MLB) officially partnering with Terra. Marking this deal the first Major Sports Franchise to partner with a DAO (Decentralized Autonomous Organization).

This is a pretty big deal for Terra ($LUNA) as the partnership brings public visibility to the DAO. It also looks to bring the Terra stablecoin, UST, as an accepted method of payment to the National’s ecosystem.

This first-of-its-kind partnership between a DAO and a sports franchise opens a new world of opportunities for bringing crypto and DeFi to the masses. By approving this sponsorship deal, the community has a new way to engage and educate the public, including the policy makers doing important work in Washington, D.C., about decentralized money and the burgeoning technology that underlies it.

-Do Kwon, Founder of Terraform Labs

Terra is an open-source blockchain platform for algorithmic stable coins, that are pegged against traditional fiat. Terra’s native currency Luna is a versatile token in the network that is extremely important in relation to UST (Terra’s stable coin that is pegged to the US Dollar).

Why Did the Nationals Choose Terra?

The $40M as part of the sponsorship was one of many reasons the National’s felt the deal made sense.

This partnership includes title sponsorship of the premier club space behind home plate at Nationals Park and establishes a foundation for future blockchain and cryptocurrency applications for fans. Terra will also be featured on in-stadium signage and will sponsor a five-part digital series that airs on Nationals social platforms.

‘The Nationals continue to push the envelope,’ said Mark D. Lerner, managing principal owner of the Washington Nationals. ‘We are excited to partner with Terra to name our most exclusive club and explore bringing powerful new fan experiences to Nationals Park, including the use of UST cryptocurrency to make purchases.’

As part of the agreement, UST could be accepted as a payment method at Nationals Park as early as next season.

Stable coins have become a hot topic of late. The SEC and Congressional meetings have both discussed as the prospect of Central Bank Digital Currencies (CBDC’s) become an inevitability.

While the stable coin UST could be viewed as the lynchpin of the Terra blockchain, there are plans to build and scale NFT projects on Terra. Likewise in the DeFi space, Anchor is the premier decentralized savings protocol. By offering low-volatile yields on UST deposits, depositors can take a yield of ~20% on stable coins for the time being.

Looking at some of the higher profile Crypto Exchanges, there have been many notable. FTX Trading partnered with the Miami Heat (NBA), whose arena carries the name now. Crypto.Com has sponsored UFC events and also secured the naming rights for the LA Arena (previously Staples Center).

Most recently, the Super Bowl being played this today saw the largest capital influx from Crypto companies to secure ad space.

As Crypto continues to move into the mainstream, we could be seeing stable coins like UST being available for use in the National’s ecosystem as early as 2023!