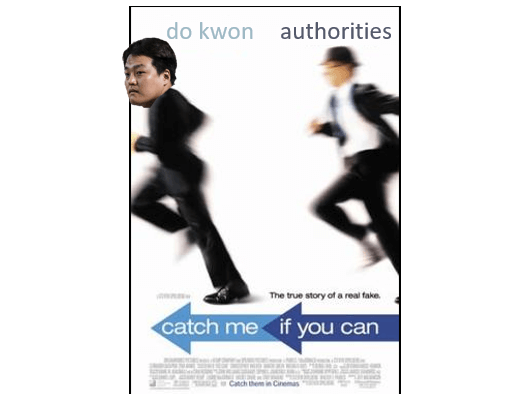 Terraform Labs founder Do Kwon and his partner Nicholas Platias are facing a new $57 million class action lawsuit in Singapore from investors. The lawsuit names both Do Kwon and Platias as well as the Luna Foundation Guard (LFG) as defendants. The suit is filed by nearly 360 investors into the Luna / Terra ecosystem and is in Singapore’s high court.

The lawsuit alleges Do Kwon and others “made fraudulent claims” that they knew were “false & untrue” or were made “recklessly not caring whether they were true or false”.

This news is one more legal issue facing the infamous Do Kwon. He was previously put on the Interpol Red Notice list and allegedly had nearly $70 million of his funds frozen on chain at the request of authorities. A claim which he denies happened.

What is the latest legal woes for the elusive crypto founder?

On September 23, 2022 a class action suit by 359 Terra investors was filed in Singapore’s high court. The document states that investors “believed that $UST would be a token that was stable by design” and whose “price would always be pegged to the US Dollar” according to the Wall Street Journal.

The suit also claims that investors thought the “attractive APY” was reasonable when staking $UST on Anchor Protocol. This is due to Terraform Labs owning the lending & borrowing service.

Terra should have “known that the Claimants wished to buy and hold cryptocurrency stablecoins that were not subject to the volatility of the wider market and earn a decent passive return”.

Do Kwon allegedly knew of “the structural weakness of algorithmic stablecoins” like $UST due to his role in Basis Cash getting rekt.

The suit is seeking roughly $57 million in compensation based on the US Dollar amount of $UST purchased, plus damages.

Finally, the lawsuit points out that Do Kwon kept tweeting for people to remain calm. By saying “everything was under control” he purposefully mislead investors.

Since Singapore is a country that Do Kwon resided in and since Singapore doesn’t have an extradition treaty with South Korea, this is another legal issue. If Do Kwon is indeed hiding out in Singapore as speculated, he likely will have to face this suit.

Brief History of Do Kwon & Terra

Do Kwon is the founder of Terraform Labs. Terraform rose to fame with the ‘stable’ coin TerraUSD ($UST) and its sister coin Luna ($LUNA). The tokens were popular with retail due to offering high 20%+ yields for staking while claiming it was part of a ‘risk-free’ stable coin protocol.

In theory, the holder of the stable coin $UST could redeem it for $LUNA. $LUNA would be burnt or minted by the protocol as a way to stabilize the $UST peg to the dollar. Then people could lend to Anchor Protocol for high yields.

To make it even more accessible to retail, the coin could be staked at various centralized exchanges (CEX) and directly earn a 20% yield there while the exchange did all the behind-the-scenes work.

However in May of 2022, $UST lost its peg to the US Dollar and the entire thing blew up. As $UST de-pegged more $LUNA had to be minted. But as people panic sold and sharks smelled blood-in-the-water, minting of $LUNA wasn’t enough to return $UST to its peg. Stable coins derive value from being stable, if they aren’t stable people leave the protocol.

In its defense, Terraform Labs did sell some of its bitcoin reserves to try to shore up the protocol, but this only increased the panic. And not to its defense, Do Kwon was pulling $ millions out of the protocol for months.

At its highest, $LUNA and $UST were over $60 billion in value. They have tried to relaunch with a new token since then.

In itself, this is a big event, but it lead to an unraveling across the crypto ecosystem. Crypto investing firms, most notable Three Arrow Capital (3AC), lost billions and it set off a wave of defaults on loans. Eventually, there were numerous bankruptcies across CEXs and lending platforms.

A ‘red notice’ from Interpol informs worldwide law enforcement agencies to locate and arrest a fugitive. When arrested, the fugitive faces extradition, surrender, or similar legal actions in over 190 countries that honor Interpol.

Singapore is not a country with an extradition treaty to South Korea where Do Kwon is a citizen.

The red notice likely removes 190 countries from places Do Kwon could be.

Do Kwon Moving $60 Million in Crypto

The day before South Korea issued its original arrest warrant for Do Kwon, 3,133 Bitcoin were transferred from LFG to a wallet Do Kwon controls. The Luna Foundation Guard wallet was allegedly multi-sig.

LFG was supposed to be a non-profit organization who’s purpose was to support the price of $LUNA.

South Korean prosecutors asked the centralized exchanges that received the $60 million to freeze the wallets. Of the 3,133 $BTC, a reported 1,354 were frozen.

However, Do Kwon tweeted he didn’t make the transfer nor did he have any of his funds frozen.

Conclusion? Where in the world is Do Kwon

Do Kwon continues to have his options dwindle. South Korea has asked for Do Kwon to surrender his passport and failure to do so will result in revocation. This would limit his travel options.

The red notice and lawsuit in Singapore further remove potential places he could be. There is speculation that Do Kwon fled to Dubai, however it is unclear if he did or if he is still there. Despite Do Kwon claiming to ‘not be hiding’ and ‘enjoying time in public on Twitter, the lack of his cooperating with authorities says otherwise.

This story is still open, but appears to be inching closer to a conclusion. Will investors get a reprieve for their losses in the end?