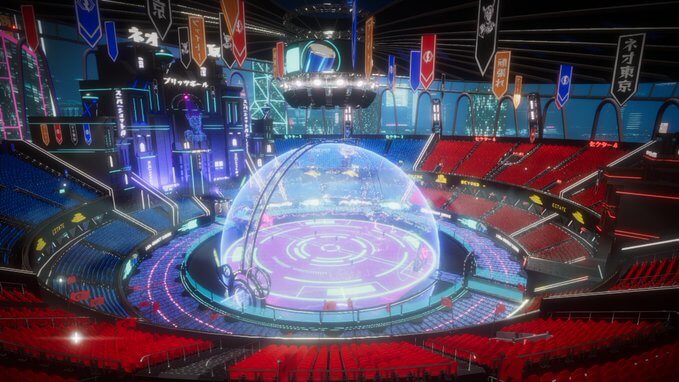 What is The Meta Tournament?

Round 1 was a Crab Games tournament, open to the public, and occurred on Jan 21st-22nd. Round 2 was a PUBG tournament held on Feb. 4th-5th, and entry is limited to Neo Tokyo S2 Outer Citizen holders. Round 3 details have not been announced.

Since the tournament’s announcement on December 1st, the Tournament has swiftly attracted a massive amount of attention on Twitter. This momentum is building on both the hype of the Neo Tokyo project, and the large followings of its co-founders, Alex Becker and Elliotrades. Sponsorships have poured in, with the prize pool currently at over $1 million USD in value.

Among the prizes is an ultra-rare 1/1 out of 7 Hand of the Citadel Neo Tokyo code.

The S1 citizen team leaders will be rewarded in the future based on their team’s performance. The top 10 teams (owners and players) will receive “chips”. Chips’ purpose are unknown, but it is likely to be a token usable in the Neo Tokyo ecosystem. S1 citizens can join one of eight guilds for purposes of the tournament – the top guilds will receive rewards.

All S2 citizens are strongly incentivized to participate in the tournament, as their performance will affect their allocation of benefits from the Neo Tokyo ecosystem. As to exactly what those rewards will be, only the Neo Tokyo team knows.

The Neo Tokyo Meta Tournament promises to be a flagship event for integration of the metaverse with a gaming tournament. Far from a typical Twitch streaming eSports experience, sneak peaks and chatter hint at VR experiences or other goodies – possibly including a live-action 3D avatar serving as an announcer.

Becker’s team has been building a large, detailed 3D arena over the last months. Whether this will feature in the Neo Tokyo Meta Tournament Round 2 or Round 3 remains to be seen.

Becker also runs the development team Super Shotgun Games, and custom minigames have featured heavily in Neo Tokyo so far. Nothing has been confirmed yet. However, it would be consistent with the project’s character if more minigames appear in the tournament alongside mainstream titles.

As tournament events occur, they will be updated below!

Round 1 was a tournament of Crab Games, a parody of the minigames from the Netflix series Squid Games. Entry was open to the public for 5,000 players, with a small number of large influencers able to skip qualifications and proceed to the final. Registration for the first round was held on Jan 19th, qualifiers on Jan. 21st, and finals on Jan. 22nd. Streaming by the official Neo Tokyo Twitch channel was featured on the Twitch home page.

A wide list of gaming influencers participated, including Fresh, Trainwreckstv, and benjyfishy. Other notable celebrity partnerships include GFuel, Animoca Brands, and Celldweller.

Round 2 was played on popular battle royale game PlayerUnknown’s Battlegrounds. Qualifier matches were conducted on February 4th. The top two spots in each match qualified for the final, narrowing the competition field down from thousands to the final 100. These last 100 players faced off on the 5th in 4 rounds of point-scored competition to determine the champion.

User NTouter2033 was declared the winner after a grueling battle, claiming a prize of $100,000.

What is Neo Tokyo?

The Neo Tokyo NFT project is a shining case study in community building and value creation for holders. The project minting mechanics strongly reward holding all your NFTs, and the complete set grants access to a valuable community. As a result, users are fiercely holding onto their codes. At time of writing, only 25 Identities are for sale on OpenSea, at a floor price of 21.9 ETH.

The demand for entry is intense. Floor sets of Neo Tokyo NFTs are commanding combined prices on par with or exceeding famous NFTs like Crypto Punks. Access to Neo Tokyo, especially the 500 Elite spots, has become a digital country club or crypto Illuminati of sorts.

Top talent, bright minds, and deep pockets are all coming together in Neo Tokyo to work on blockchain gaming – and some pay large sums for the privilege. At least two venture capital funds have acquired Citizens from the marketplace purely to gain access to the holder-exclusive zones.

Many further details of the Meta Tournament are shrouded in secrecy, like much of the Neo Tokyo project. Dates, schedule, games to be played, and participants for the next rounds are all yet to be revealed. The total prize pool also continues to increase. Check back to the BowTiedIsland for more details as the story unfolds!