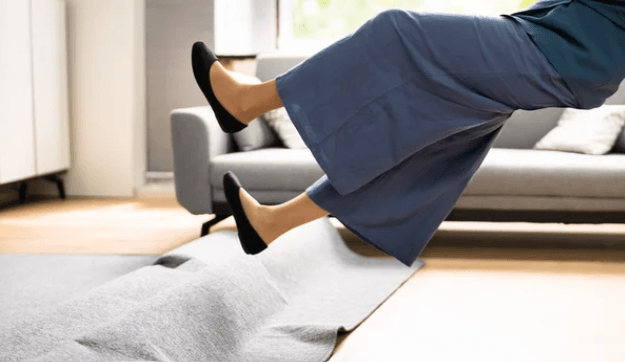 Rugged. To get the rug pulled from under you. In crypto this is when a coin gets its liquidity pulled leaving investors holding the bag.

Welcome to F’er’s monthly(ish) post on the shadier side of crypto. In this series, I will cover a coin that caught my attention over the month. And not in a “look at all the value here” kind of a way. They won’t all necessarily be rugs, but coins that have a novel or interesting aspect to them and are worthless most likely.

Crypto is full of rugs. I don’t condone playing around with scam coins. However, every once in a while I have some dust in a wallet and figure why not, for the culture. I will not be putting dust into a scam coin a month for the purpose of writing articles either. Some of these will be coins I just stumbled across.

Why write on it? Honestly, some of these are pretty funny. Not every crypto post needs to be looking for alpha. Consider these an interesting story.

And please don’t invest in these based on these posts. Just in case that wasn’t clear. Even if I have a position in one of these, it is not condoning the coin.

What is a Rug?

For the uninitiated, first, “hi, welcome to cryptocurrencies.” A rug is when a coin gets its liquidity pulled leaving all the investors holding a bag.

The term comes from ‘pulling the rug out from underneath’. This is not to be confused with honeypots (coins that have code written into the contract preventing it from being sold) or pump & dumps (ie- 98% of crypto-twitter).

Rugs start out like a normal coin and trade on a decentralized exchange (DEX). People swap stable coins or blue chips for the rug token. Many times rugs involve having you stake or lock-up your tokens. Then the developers pull the liquidity and abandon ship.

Now rug pulls are technically malicious in nature, however the term has become much broader in use. Now a rug is used for any coin that loses value & interest and the developers abandon as it is no longer profitable.

The end result to the luser (that is a combo of user and loser) holding the bag in the end is the same. You are left with a worthless token.

Really, how could I choose a different coin for the first ever “Rug of the Month” than an actual coin called $RUG. Apparently, it stands for “R U Generous” DAO, and this is an Ohm-Fork on the AVAX chain.

Ohm is the token of Olympus DAO, which introduced the crypto world to Protocol Owned Liquidity (POL) model of bootstrapping liquidity instead of relying on liquidity pools. Olympus saw tremendous success and this lead to many copy-paste (copy-pasta) coins being stood up. Some popular examples of Ohm-forks include Wonderland DAO ($TIME / $MEMO) and Klima DAO ($KLIMA).

The Olympus model incentivizes early investors by offering extremely high APYs for buying and staking the native token. These high APYs are driven by minting new coins at a premium to the Treasury and having a low starting base token amount.

AVAX itself is a promising L2, but it seems to see its fair share of scam coins as the low transaction costs allow for lots of retail to be involved. (Although, it is no where near as full of scams as Binance Smart Chain)

Why Would Anyone Invest in $RUG?

I will let the dashboard speak for itself.

This is the general layout of most Ohm-fork dashboards. Originally, this dashboard like many had an APY that was so large it didn’t fit in the allotted for spot.

Many of these Ohm-forks are loud and proud Ponzi-schemes (ponzus). If you are in early, you are able to get many tokens during the initial rebases. Additionally, as people pile in after you, the price will increase as well.

However, if the protocol doesn’t find a value-add feature over ‘we are a ponzi’, eventually people will leave the house of cards crumble.

Why is $RUG the Rug of the Month?

Honestly, the entire set up was very meta, which made it meme-able . You called your coin $RUG, based it on the most rug-erific type of ponzi-scheme on a buzz-wordy L2 chain. Your bonding is called “some ruggy mints” and your staked APY is “Big bro”.

The entire thing was very meta and tongue-in-cheek.

Technically, I don’t believe the developer pulled all the liquidity yet and the official $RUG twitter is still posting tweets as of New Years Eve.

The dev is doxxed (not that it matters) and you can find him on twitter and the $RUG discord. No I am not linking to either.

The token $RUG is no longer listed on Trader Joe (no not the grocery store, that is a DEX platform on AVAX). Although you can put in the token address and still appears like you can transact in it.

Looking at the token address on snowtrace it looks like contracts are still buying and staking $RUG currently. Additionally, in the discord, there is still posting about “if everyone (3,3) and chills it’ll be fine”…ie what a rug would say.

(Also full disclosure, there is some rumblings of one of the people associated with the dev team coding in and then exploiting the bonding mechanism to steal $300,000 from the Treasury. Although the discord is a hot mess so it is hard to follow.)

But in the non-technical sense, yes $Rug has rugged.

It was a fun month, especially for the week in mid-December that every coin was red and $RUG was the only green as far as the eyes could see. But at the end of the day, we all knew it couldn’t last.

This one had it all…some of these I didn’t even elaborate on as it is impossible to follow in the discord to get what actually happened.

And the cherry on top…a future airdrop is coming…allegedly. If you got rugged with $RUG, you will get airdropped some Simple Cool Automatic Money ($SCAM). $SCAM is on Binance and token holders are part of the Scamily. (*Chef kiss* all the elements of a great Rug)

If you or someone you love is suffering from an injury due to a rug pull, please contact our offices. No you will not get compensated, but a future post in the series could cover your scam coin. Also, by offices I mean leave the name of the coin and a summary of why it is unique in the comments.