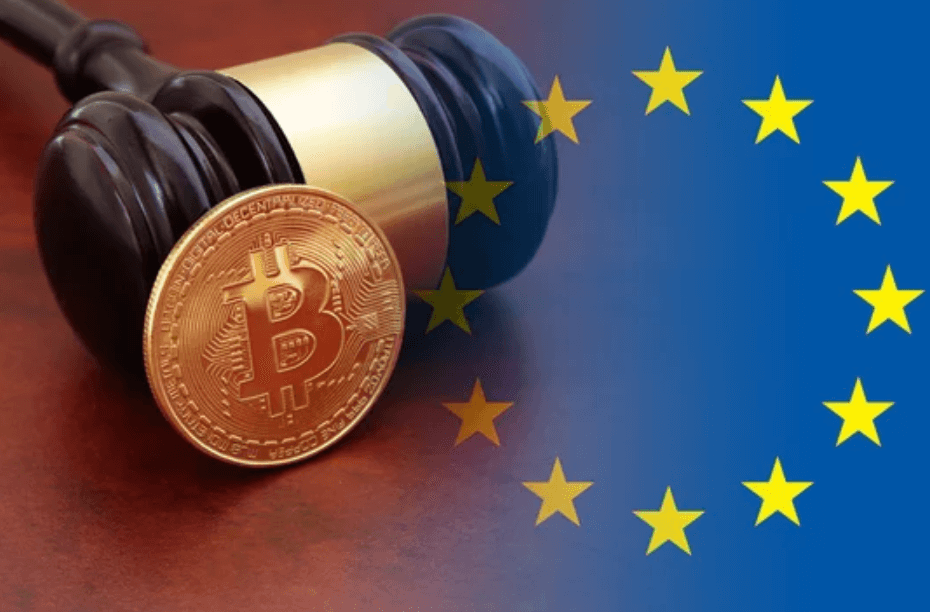 The European Union (EU) has drafted a new crypto proposal, Markets in Crypto-Assets framework (MiCA). This proposal is being billed as ‘dramatically simplifying how crypto can operate’ through the 27-nation EU. However, a previously struck section targeting proof-of-work (PoW) was snuck back in at the last minute. Luckily, the PoW-ban amendment was voted down today. The PoW-ban is under the guise of ‘environmentalism’.

The remainder of the MiCA proposal deals heavily with stable coins and stable coin companies as well as ‘utility tokens’. MiCA defines utility tokens in such a ways it appears to be a wide net to catch most of the rest of the crypto-verse.

Bitcoin famously uses PoW and it is one of the selling points of the largest and original cryptocurrency.

This most recent regulatory news comes on the back of the Biden Administrations executive order targeting digital assets. The executive order set up a group to research crypto and form proposals. It is important to watch what happens in Europe as it might impact the research group. But what does the new MiCA proposal mean for EU?

What is the Markets in Crypto-Assets Framework?

Markets in Crypto-Assets (MiCA) Framework is a proposed EU-law targeting cryptocurrencies, stablescoins and distributed ledger technology. It was modeled after Europe’s Markets in Financial Instruments Directive (MiFID). MiFID is a legal framework for securities markets, investment intermediaries and trading venues in the traditional finance (TradFi) markets.

MiCA focuses heavily on stablecoins and asset-referenced coins. Asset-referenced coin are backed by a basket of assets. Facebook/Meta’s proposed stable coin, Libra, was going to be backed by a basket of currencies. Then they pivoted to a coin pegged to the dollar, Diem, before abandoning the project alltogether. The MiCA proposal appears to focus on Zuckerberg’s foray into stablecoins.

Why is Proof-of-Work Targeted?

Proof-of-Work is “a decentralized consensus mechanism that requires members of a network to expend effort solving a “mathematical puzzle” to prevent anybody from gaming the system. Proof of work is used widely in bitcoin mining, for validating transactions and mining new tokens. Due to proof of work, Bitcoin and other cryptocurrency transactions can be processed peer-to-peer in a secure manner without the need for a trusted third party.” (Quoted BowTied Island’s “Crash Course on Bitcoin” Article.)

In short, there is a cost in computing power to solve the cryptography (the ‘work’). By having a sufficiently difficult enough task, a high enough cost, & enough independent users working to solve the puzzle, PoW secures the blockchain. Additionally, the energy spent on PoW adds value to the coin.

However, the high computing cost does have a higher energy cost than other consensus methods. The EU amendement was operating under the premise of the ‘environmentalist’ agenda that claims PoW is harming the environment.

What Would MiCA’s Mining Amendment mean for Bitcoin?

Bitcoin’s main draw is its ‘store of value’ status that it gets from having a secure chain and maximum supply. Historically, Bitcoin has not been used for the majority of smart contracts that make up decentralized finance (DeFi). Instead Ethereum and alternative chains have shouldered much of the DeFi buildout, with Ethereum being the largest and most popular. (However, there is continued effort to build out a DeFi ecosystem on top of Bitcoin using Stacks (STX).

Ethereum is moving to proof-of-stake (PoS) consensus in the future from its current PoW. (Read more about Ethereum here). Many of the alt-chains also use some other form of consensus, which leaves Bitcoin as the main chain impacted from the PoW amendment that was just voted down.

Note – Bitcoin proponents point to PoW adding to the value proposition of BTC due to the cost of repicating the original crypto. Bitcoin is almost certainly going to stay PoW for the future.

What is Impact to Stablecoins & Utility Tokens from MiCA?

MiCA sets a handful of new rules including:

Stable coins continue to be a target of regulators and part of the broader conversations around central bank digital currencies (CBDC).

What’s Next for Crypto in the EU?

The EU parliament press release highlights the goals of MiCA. The recent passed vote is not the final step in the process.

What Happens to MiCA Draft Now?

The MiCA draft needs to go to be debated between the ‘trilogues’ – EU Commission, Council, & Parliament. This will likely take a few months. During these procedures, groups do have an option to bring up amendments again to be discussed.

After MiCA gets approved, there is currently a 6-month transition period for companies to comply with the law.

What Happens to the Proof-of-Work Ban Now?

The Proof-of-Work ban amendment is not entirely dead. As stated above, while at the trilogues the amendment can be reintroduced for debate and vote. The PoW ban can still make its way into MiCA before approval through this process.

Additionally, since the PoW ban is done under the premise of environmentalism, it will likely be around for a while. For example, the EU is exploring how to regulate data centers under the environmentalism umbrealla. Don’t be surprised if the various environmental regulatory groups keep looking at ways to target PoW.

@Paddi_Hansen has been on top of the breaking news for the last few days.

It appears like the worst part of MiCA has been avoided with the recent vote to reject the PoW-ban amendment. However, there is still room for the amendment to make its way back in as MiCA works through the rest of the legislative process. Additionally, there are many regulatory bodies in the EU that can pass laws impacting PoW in the future.

A possible benefit of MiCA is creating simlar rules across the EU. This may remove confusion, however it limits the sovereign decision making of individual nations.

However, there is continued concern that these regulations will push crypto companies out of the EU. Also, as the Biden administration is exploring regulating crypto in the USA, there is concern the committee could look to the EU rules for guidance. This makes the EU regulations important to follow even in the States.