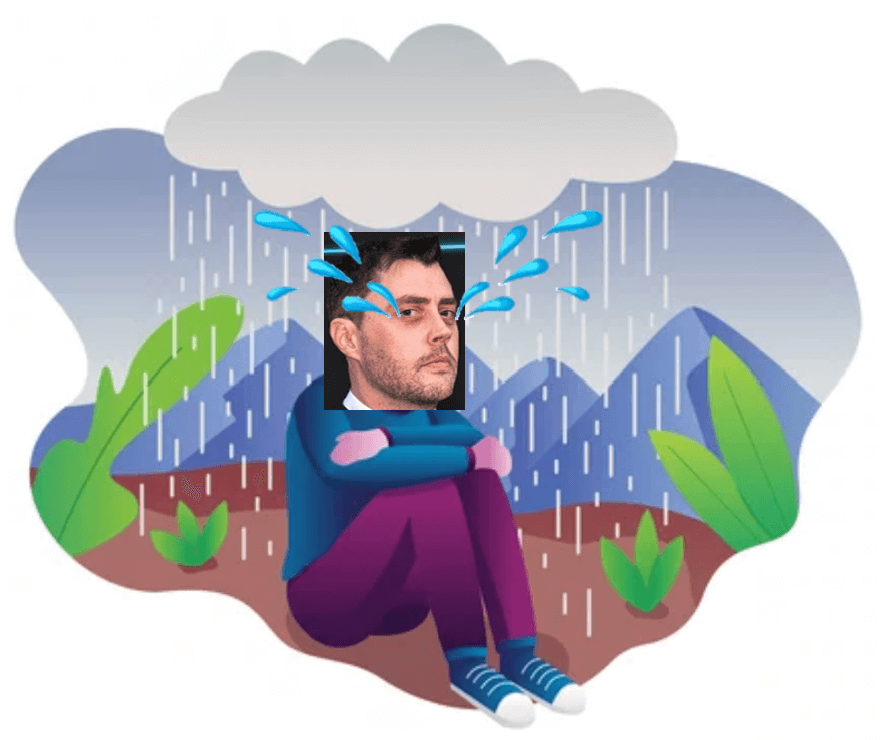 In breaking news, “prolific” developer Andre Cronje and Fantom (FTM) architect Anton Nell both surprised crypto with the sudden announcement of leaving the space. The announcement comes days after Cronje deleted his twitter account due to ‘toxicity’ in crypto.

Some of crypto-twitter is calling the move a rug since Cronje just launched a new protocol, Solidly, that he is now completely abandoning after raising large amounts of money. The Solidly launch also drove money to the Fantom network as the top 20 protocols were getting shares of the $SOLID token and could distribute how they wanted. The move by Cronje has caused 20% drops in token value across FTM.

Others on crypto twitter are being more generous about Cronje’s ‘retirement’. The DeFi Edge compiled a good thread giving Cronje the benefit of the doubt.

Regardless the reason, this “Rug-tirement” is the latest in a line of fallen crypto ‘leaders’ and botched hyped projects.

Who Is Andre Cronje?

Andre Cronje is a software developer best know as the founder of Yearn Finance. He is heavily tied to Fantom, and served as a chairperson on the Technology Council of Fantom Foundation. Yearn was one of the first decentralized finance (DeFi) protocols to become popular while offering a host of lending and trading services. He also created Keep3rV1 protocols. Cronje is also linked to other DeFi projects like Cream V2, SushiSwap, Pickle, Akropolish, and others through mergers.

Andre is often referred to as ‘prolific’ and ‘influential’ in the DeFi space.

This is not Cronje’s first brush with “quitting the toxic crypto space”. He almost quit in the Fall of 2020 after iEarn crumbled. iEarn was a protocol Cronje spent months developing and ultimately blew up with nearly $350 million worth of crypto in it.

Cronje still had some major fanboys in the crypto space despite a tendency to abandon projects when the going got tough. When he announced a project with Daniele Sesta at the end of 2021, the crypto world couldn’t wait. Dani was coming hot off successes with Spell, Wonderland, and relaunching ICE.

Since that announcement, Sifu-gate happened and all the Dani Coin Universe (DCU) rugged while Dani has gone silent. Sesta dealing with the crippling of the DCU removed the marketing side of the Cronje-Sesta partnership.

Solidly also had a novel launch plan to distribute tokens to the top 20 protocols on Fantom and let the protocols decide how to pass it along to users. However, protocols started to game the system and get into the top 20. The Devs tried to correct the issue and the end result was a confusing mess that left nearly everyone upset.

Lastly, there were bugs in the code at launch and the UI left a lot to be desired. Apparently botching up the project was enough and Cronje rug-tired leaving anyone who trusted him holding a now worthless token.

Solidly is an automated market maker (AMM) based on Uniswap v2 that allows for swapping between 2 tokens in a fully decentralized way. Solidly also allowed for minimal slippage between pegged assets.

Solidly had two forms of tokens, $SOLID which was tradeable but didn’t have any voting or revenue attached to it and $veSOLID. $veSOLID was a vote-escrowed token, where you would lock up your $SOLID for a set period of time in return for the right to vote & receive revenue.

(We had previously discussed the issues with the vote-escrow tokenomics here. A prominent concern was around locking up tokens and having the project rug or devs lose their ‘interest’ after tokens got locked and money made.)

Solidly also included the (3,3) tokenomics made popular by Olympus DAO and its many forks. Called ve(3,3) in Solidly, users who locked their tokens would partake in the protocols emissions as well. It was a new twist on both the (3,3) ponzi model and the vote-escrow model.

Lastly, Solidly had a voting mechanism like in Curve where users could vote on where $SOLID emissions should go and boost their own rewards. This was combined with the concept of bribes made popular by Convex (called SolidSex on the Solidly). (Read more on Solidly in their medium post here and SolidSex here).

In very poor form, Cronje deleted his twitter a few days prior and let Anton Nell tweet out the news of the rug-tirement. Nell’s tweet left a lot to be desired. Particularly the part of showing any concerns for all the people who lost large amounts of money trusting them.

Personally, I enjoyed the 3rd tweet in the series where Nell assures us all it isn’t a ‘knee-jerk’ reaction. Which means they went ahead and launched a buggy, ugly project and raising a ton of money despite knowing they were going to abandon it?

Honestly, I was indifferent to most of the story until this tweet. I didn’t move money to FTM to try to get the airdrop. I hadn’t paid much attention to Solidly knowing Sesta was involved and seeing how poorly the last 6 months went for him.

But this tweet by Nell implying they went ahead with the money grab knowing they were going to abandon it…this is the part where it is gross.

I thought Lana Rhoades & Pixelmon set a high bar for rugging, but I don’t know how anyone is going to beat Cronje & Nell for March’s Rug of the Month…

Yearn and the Entire Fantom Ecosystem Dump on Cronje’s Retirement

Yearn and most of the Fantom network dumped on the news of his retirement. This dump was despite many of the protocols stating Cronje had stopped doing anything for years. For instance, Cronje turned Yearn over to a decentralized autonomous organization (DAO) in July 2020.

In another sign of complete disregard for crypto users and investors, Cronje was the face of much of the Fantom network and drove many new users interested in his Solidly launch. The retirement announcement obviously was going to tank prices across the FTM ecosystem.

I tried to be semi-neutral, but honestly this is a big FU to anyone invested in any of these projects. I’d be shocked if Cronje hasn’t made a pretty penny in his short time in DeFi. To suddenly quit because you are sad and announce it with no warning is a rug move. He could have phased out and introduced new teams running all these projects.

It is sad as many people knew Cronje as an innovator of DeFi and Yearn as being one of the O.G. protocols. This move really ruins his reputation, as it should.

This tweet by one of the top DeFi analyst sums it up well. (Honestly, subscribe to DeFi Education, it is the top stack in the space).

Hopefully no one was too exposed to Cronje’s latest project. Stay safe out there Anons.